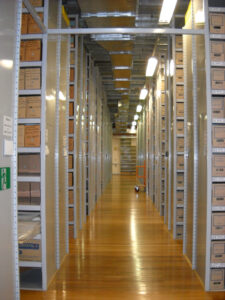 Archives are not neutral.  We can’t keep everything so choices have to be made and those choices reflect the values of the people making the decisions about what to keep and what to discard.  In the past people such as women, non-Europeans, Aborigines, the poor etc were not considered important contributors to our history so their stories are often not portrayed in archival records, or they were obscured in the archives by the social conventions of the time.  If the archival records were taken at face value they would reveal a distorted view of the past.  It is the job of historians to be alert to this distortion, to question the records and to look for the fleeting clues that indicate that there is something missing.

Women are often the subject of archival silences and diminution.  I confronted this when researching for my honours thesis about the Queensland ‘Bible in State Schools’ referendum of 1910. In this article one of Brisbane’s major newspapers attributed the passing of the referendum to the role of women.  Just five years previously most women in Queensland had been granted the right to vote at state polls.  A statement in the Anglican Church’s newsletter, The Church Chronicle, indicated that women didn’t just vote, they immersed themselves in the campaigning work.  This was an era when women were not considered important contributors to politics, yet they were being publicly acknowledged for their significant contribution by major media outlets.  I wanted to know more.

I consulted the minute book of the Bible in State Schools League held by the John Oxley Library in Brisbane and discovered there was a women’s branch of the League.  I found out that Bible in State Schools League was in serious financial trouble and that it was the fundraising efforts of women, through activities such as ‘coin teas‘, that rescued the organisation and enable them to wage an effective campaign in the months prior to the referendum.  I found snippets about women campaigning for the passing of the referendum in newspapers of the time.

That is what I found – snippets.  I had to work hard to develop a coherent understanding of the role of women in this referendum.  The minute book of the all-male Bible in State Schools League executive had been placed in an archive for which I am grateful, but I did not find the minute book for the Women’s Branch.  I found nothing written by women involved in the campaign.  The only records of their work that have been retained are the fleeting references to their activities written by men.  From the lists of female attendees at Bible in State Schools League events published in newspapers I have constructed a list of 79 women who were actively involved in the campaign – I’m sure there were many more who have not been named.  Following the conventions of the time the women were generally referred to by their title and their husband’s surname, sometimes the initials of their husband’s first names were included making it difficult to ascertain whether the Mrs Campbell who attended one event was the same Mrs Campbell that hosted another.  I have not found any photos of women involved in the campaign.

What is the consequence of the paucity of the archival records concerning women’s involvement in the referendum campaign?  While it accurately reflects the attitudes of the time, we are at risk of over-estimating the influence and work of men in the campaign.  This gives us a distorted view of how the campaign was conducted.  Without developing a better understanding of the work of women in this referendum our understanding of how this referendum came to be one of only two state referendums to have ever been passed in Queensland is limited.

When individuals are not named but referred to as a group, they appear to be one amorphous whole who act in unison, never varying in opinion.  I knew that some women would have been indifferent to the referendum and some women would be opposed to it passing.  I wanted to include them in my thesis.  Amongst the many articles published in The Brisbane Courier I found this fleeting reference to women who objected to the referendum:

It was noted that ladies connected with the Labour party were advising electors at the central booth to vote against Bible reading in the State schools.

I read other newspapers which opposed the passing of the referendum such as The Worker but had similar difficulties in identifying the identity of these women, what their concerns were and how they expressed these concerns.

Sometimes the archival silence defeats historians and we have to acknowledge that we cannot know.  However, a lot can be done by asking the right questions and being persistent and creative.  My difficulties concerned white women.  The difficulties are magnified when a historian is researching non-European women living under the ‘White Australia’ policy.  Tim Sherratt and Kate Bagnall have devised a creative way of reaching into the archives and highlighting these people who were living in a nation that wasn’t very keen to acknowledge or encourage their presence.  Their Invisible Australians project extracts immigration records from the National Archives and displays photos of these people together with their immigration file.  Bagnall comments:

Although there are many White Australia records which relate to individual women and children, they can be lost in files organised and catalogued under the names of husbands and fathers. But scroll through a wall of mostly male faces, and the women and children just leap out at you!

Kate Bagnall has another project called Threads of Kinship where she is developing a database of Chinese births, marriages and deaths in New South Wales prior to 1918.  Through this work she wants to challenge the common belief that the Chinese community in Australia mainly consisted of men who did not live in a family unit.  To carry out her task Bagnall is asking people who have copies of relevant birth, marriage and death certificates to send a copy to her so she can enter them in her database.  It is great to see a historian reach out to family history researchers in this way.  It is also a reminder that understanding family life in the past is important for gaining a greater understanding of how society functioned.

Yesterday was International Women’s Day.  While it is vital we address the serious issues that are currently facing women around the world it is important to shine the light on the tremendous contribution that women have made in the past.  Archival silences make this time-consuming and difficult but it can be done.