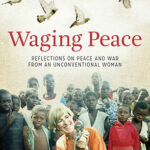 Anne Deveson was a highly regarded journalist, film-maker and human rights activist who died late last year. Her last book was a memoir titled Waging Peace and was published in 2013. Anne Deveson was a groundbreaker in many ways. She helped Australian society grapple with serious issues that people experienced silently such as mental illness, poverty and abuse. As I expected … END_OF_DOCUMENT_TOKEN_TO_BE_REPLACED 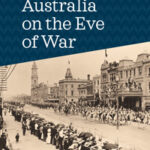 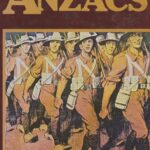 The fog rolled down the river and engulf our house. The cold and damp penetrated the walls and windows. Our only view, an opaque whiteness. Through the stillness, the sound of a lone bugler playing the Last Post reached us from the nearby cemetery. Another old soldier had died. This was the house our family was living in when Patsy Adam-Smith published The Anzacs, her iconic … END_OF_DOCUMENT_TOKEN_TO_BE_REPLACED

Change in a culture often occurs in fits and starts, in confusing whirls of ideas and protest followed by quiet periods where old orthodoxies percolate through society again but in a different guise. Reform digs in its heels. New form orthodoxies flex their muscles and then we find the times of protest, ideas and reform are upon us again. As we cycle through complacency, … END_OF_DOCUMENT_TOKEN_TO_BE_REPLACED

It is with sadness we heard about the passing of Australian historian Jill Roe late last week. During her life she made a significant contribution to Australian history. Through her passing Australia has lost a great contributor to our society, but her work lives on and enriches our lives. Jill Roe is best known for her biography of Australian literary icon, Miles Franklin. … END_OF_DOCUMENT_TOKEN_TO_BE_REPLACED