I would never have read this book if it wasn’t for twitter. Last year I came across the twitter stream of the University of Wollongong’s, Australian Centre for Cultural Environmental Research (@AUSCCER) and those of researchers who work at the Centre.  I have enjoyed these tweets about geography and the environment . One day I noticed their tweets about the Sydney launch of a … END_OF_DOCUMENT_TOKEN_TO_BE_REPLACED 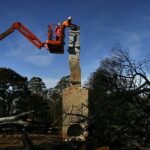 Day three of sessions at the Australian Historical Association conference started with disasters.  No, nothing awful befell the historians ensconced at the University of Adelaide. Rather, the subject of the plenary panel in the morning was ‘Disasters in Social and Cultural Perspective:  Impact, Response, Memory’. Archives, museums and libraries around Australia have done … END_OF_DOCUMENT_TOKEN_TO_BE_REPLACED

If you are interested in reading more about digital humanities, check out my other blog at http://stumblingfuture.wordpress.com Over the last week I finally got a chance to try out the tools that Wragge (aka Tim Sherratt) has devised to mine digitised historic Australian newspapers accessed through Trove. This post is about the results of applying his tools.  If you want to do … END_OF_DOCUMENT_TOKEN_TO_BE_REPLACED

Yet another natural disaster is unfolding in Queensland with tropical cyclone Yasi crossing the coast of Far North Queensland.  There was not much sleep in our household on Wednesday night as we have family members who live right at the heart of the destructive forces of the cyclone.  I resumed this post at around 1 am Thursday morning.  Blogging while keeping an eye on Twitter … END_OF_DOCUMENT_TOKEN_TO_BE_REPLACED 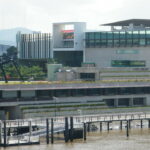 Five states have now been affected by floods in Australia in the last month. In my earlier posts both on this blog and On Line Opinion, I have followed the difficulties faced by archives and libraries in face of natural disasters and specifically focussed on the travails of the State Library of Queensland. Now, nearly two weeks later, we can get a better picture of what has … END_OF_DOCUMENT_TOKEN_TO_BE_REPLACED