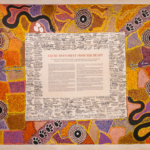 Today marks the 12th anniversary of Stumbling Through the Past. I thought that there could be no better way of marking the occasion by writing about what I think will come to be seen as a significant moment in the process of reconciliation in Australia. The Uluru Statement of the Heart is a profound call from Aboriginal and Torres Strait Islanders from all over Australia … END_OF_DOCUMENT_TOKEN_TO_BE_REPLACED 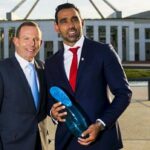 Adam Goodes is a prominent Aboriginal footballer and Australian of the Year in 2014 yet he has been incessantly booed by football crowds every time he touches the ball for most of this season. No-one else in the modern history of the game has received such a toxic response from the crowd. Adam Goodes has won the best and fairest medal not once, but twice, yet not even the most … END_OF_DOCUMENT_TOKEN_TO_BE_REPLACED

This post continues my series, Introduction to Australian History, which is written for people who have recently settled in Australia or live outside Australia and want an introduction to our history and culture. This weekend the AFL Grand Final will be held between the Sydney Swans and Hawthorn football teams. This is a huge event. Around 100,000 fans flock to the Melbourne … END_OF_DOCUMENT_TOKEN_TO_BE_REPLACED

Each of us has a mental and/or spiritual framework which influences everything we do. Our culture and beliefs, whether absorbed in our childhood or carefully thought through and adopted as an adult, act in a complex way to affect our decisions throughout our lives. In this respect our politicians are no different to every other member of society. We should expect that the … END_OF_DOCUMENT_TOKEN_TO_BE_REPLACED 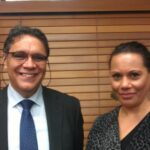 “Blessed is the spot, and the house, and the place…” The words sung by the a capella choir filled the Sydney Baha’i Temple with glorious harmonies accompanied by the rumbling thunder of the storm outside.  I shut my eyes and allowed the sounds to resonate through me.  Beauty and emotion intertwined in that moment. The effort to drive through the wind and rain to attend the … END_OF_DOCUMENT_TOKEN_TO_BE_REPLACED