I had the pleasure of researching at the Queensland State Archives while I was in Brisbane recently. These tips are for anyone who lives outside Brisbane who wants to research at the Archives and make the best use of their time: 1.     Lockers for suitcases The first thing an out-of-Brisbane researcher needs to know about the Queensland State Archives is that there are two … END_OF_DOCUMENT_TOKEN_TO_BE_REPLACED

Over the last few weeks I have returned to my research roots. I have been exploring the history of Brisbane from the turn of the twentieth century to the beginning of the Depression. My client is interested in the life story of a man who was born in Brisbane in the early twentieth century who moved to Sydney as an adult. He went on to work in East Asia during World War II and … END_OF_DOCUMENT_TOKEN_TO_BE_REPLACED

“I chose survival” says Keelen Mailman in her memoir, The Power of Bones. Powerful, painful and memorable, The Power of Bones lays bare the struggles and achievements of Aboriginal life in  Australia during the late twentieth century and more recently. Mailman is an Aboriginal woman from south-west Queensland near Charleville. She had a hard childhood and a poor education but … END_OF_DOCUMENT_TOKEN_TO_BE_REPLACED 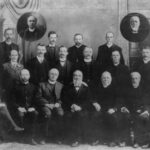 My honours thesis, Queensland's Bible in State Schools Referendum 1910: A Case Study of Democracy, is now available to download from the University of Sydney eScholarship Repository. In it I explore a fascinating era of Queensland's history where women, Labour politicians and the Protestant clergymen of the Bible in State Schools League were key participants in a public debate … END_OF_DOCUMENT_TOKEN_TO_BE_REPLACED

At today's National Ceremony for Anzac Day attendees will stand for one minute's silence to remember all those who have lost their lives in wars and to reflect on what Anzac Day means. The minute's silence has been part of Anzac Day since the first commemorations of Anzac Day on 25th April 1916. Digitisation of old documents allows us to see how the Anzac Day we know today was … END_OF_DOCUMENT_TOKEN_TO_BE_REPLACED

Helping You With Your Historical Research

Yvonne Perkins launched Stumbling Through the Past in August 2010. She has now researched and written over 250 posts for this blog. These posts include interviews, book reviews, news reports on conferences and reflective pieces.